Arts and Craft in Jammu and Kashmir

Hundreds of civilizations rose in the world and reached to its zenith through the epochs of time but it is always the art, culture, craft in various forms which has left an indelible mark in the world. The Indus valley, the Mesopotamian, the Greek and umpteen other civilizations are known in the world by their art and craft till today.

Kashmir which is known as the paradise on earth is such a fertile land in whose womb cultures have taken their birth and art has touched its zenith. Jammu and Kashmir is such a name which has left its mark in every single space of earth because of its various art forms. Various dynasties which has ruled this land have left their indelible mark due to their varied art and craft. The Shahmiri Sikhs, Mughals and Dogra art form have become the identity of this land. These dynasties which came from distant places of globe also brought with them ubiquitous art forms which assimilated here and evolved with the time.

The name Zain-ul-abidin or Bud Shah (the great Shah) of Shah Mir dynasty is the one which brought a revolution in the art world. He was not only a great art lover but the most compassionate ruler who translated different religious textures like Bhagwat Gita in to Persian and Urdu. He brought artisans from as far as from Persia and Iran to teach different art forms to local populace. It was only because of his far sightedness and largesse that those art forms like paper machine, carpet weaving, khatam band shawl weaving are making the mark in world markets. 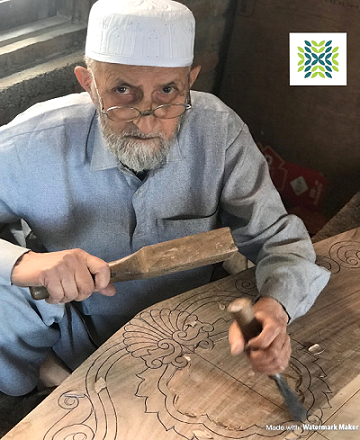 These art forms which got sandwiched with local artisans gave a new fillip to the craft world. This art peculated and transmitted to every nook and corner of the state due to seasonal and cultural migration of the people from one place to another. This evolved and exposed lot of hidden treasure of art world which otherwise was confined to their own peripheries. This exposure, acculturation and assimilation of art and craft works served as unique identity to our state which kept increasing and unfolding with the passage of time till a time came that this ultimately became the identity of our state which surpassed the countries and continents. 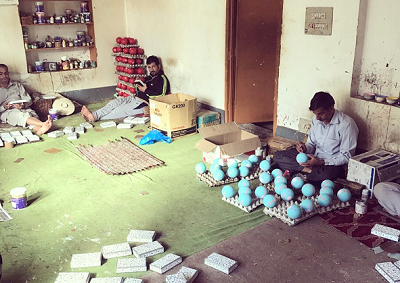 But this epitome of success and grandeur also met a natural decline in varied degrees due to the advent of technological revolution and effects of neocolonial mindset which consequently effected the taste and preferences of the people. The cheaper and readily available goods somehow gave a tough competition to the local artisans and craft works who felt struggling to maintain both the quality and survival amidst shrinking market. The eruption of conflict in the state too effected the artisans severely and left them in lurch to exist. Today these people who have carried with them the cultural legacy and rich heritage of our glorious past for centuries together are facing tough times both in terms of market and demand strategy. This results in interference of middle man and Certain market players who took the central position and earned the fruit of toil and hard work of artisans and weavers. 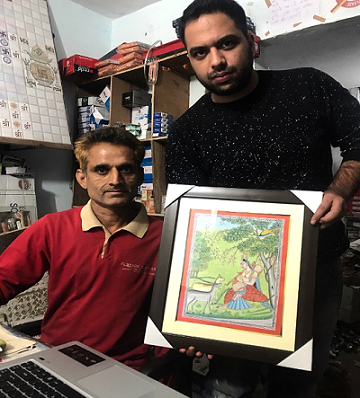 Hamiast is this initiative that believes in showcasing our culture and tradition heritage to the world to save our identity. Hamiast tries to explore and expose these golden hands to the world brushing aside intermediaries and middleman so that the fruits of spine bending hard work of this glorious art goes back to him. It tries to assimilate varied art forms of the state at one centralized platform. It tries to rejuvenate and refurbish the dying identity of our collective society. Hamiast tries to reinvent and reassure the dwindling growth of our art which is the embodiment of values and worth. It would be a digital market where sincere, dedicated and determined professionals have been engaged to expose the products of our artisans and artists at their door steps. Let’s us pledge to save our art and rebuild our cultural heritage.