Rajma from Bhaderwah is famous around the globe for its authentic and delightful taste. The Rajma is sourced from the local farmers of the region, especially from Chinta Valley in Doda district, a short distance from the town of Bhaderwah of Jammu province. These Rajma are smaller in size and have a slightly sweet taste. When soaked they release a little bit of their red color, but when cooked they give beautiful red color and heavenly taste. The Rajma is served best with chutney of Anardana which is also very famous combination. The combination of Bhaderwah Rajma, Jammu Basmati, and Anardana Chutney lists as a top favorite of North Indian cuisine. Being a popular dish, it is prepared on all important occasions. About 100 grams of boiled Rajma beans contain 140 calories. 5.7 grams of protein, 5.9 grams of fat and nearly 17.8 grams of carbohydrate.

We offer you special Bhaderwahi Rajma that are100% natural and premium and are carefully selected. Procured from the best fresh farms, giving you strong flavored, authentic and exotic Natural Rajma. 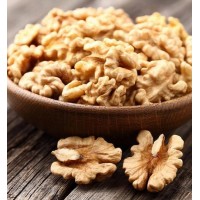 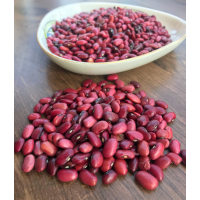 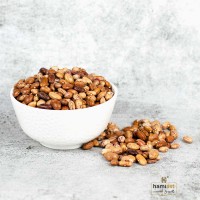