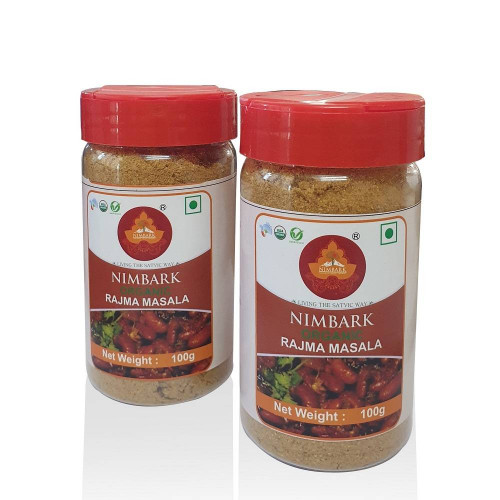 The Rajma from Jammu is famous all over India and this Rajma masala from Nimbark organic will make you fall for it. It turned out to be one of the best choices. This Rajma masala will give you a gravy that has thickened after 2 hours of cooking and the taste is distinct. To make the gravy tastier sometimes you must beat them a bit which also makes Rajma quite soft. This rajma masala contains so many spices to give you a finger licking taste like:-

This product will give you taste with a healthy meal, as all ingredients in this product are organically produced.
Nimbark Organic is an organic certified brand.