Shilajit: Health Benefits And All You Need To know 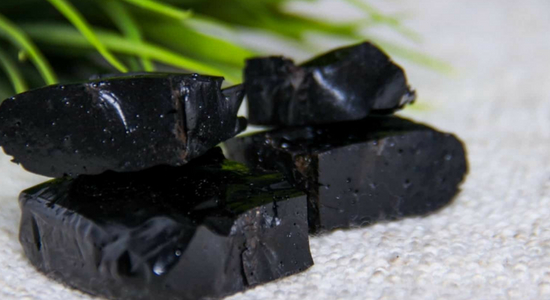 Shilajit is a sticky blackish brown tar-like substance found mainly in the rocks of Himalayas. This region has an extreme variation of hot and cold weather, the weather variation when combined with massive pressure from the weight of the mountains, makes this mineral-rich substance to ooze out of the cracks of the rocks. Shilajit is made by the decomposition of the plants, organic matter trapped in between the many layers of the rocks over the million years. It has been found that Shilajit has many unique plant organisms such as Trifolium repens, Euphorbia Royleana, Pellia, Minium, Barbula, Stephenrencella-Anthoceros, Fissidens, Asterella, Plagiochasma, Thuidium, Marchantia, and Dumortiera.

It is said that Shilajit was first discovered in the Himalayan by some villagers. Villagers observed that white monkeys would journey to mountain tops each summer and there they were seen consuming a soft black substance. Eventually, villagers also started consuming the black substance and then they realized it’s amazing healing powers.

There are many important nutrients present in Shilajit, it contains more than 85 natural ionic minerals as well as fulvic acid, humic acid and imperative phytonutrients. The chemical composition of fulvic acid is 100% natural organic water extraction from around 75 million-year-old deposit which contains approximately 74 essential complexes dissolved mineral and also the trace elements, according to Chakrapani Ayurveda Clinic & Research Center, India. Fulvic acid allows more than 85 minerals from shilajit to enter into the cells of the body rapidly which may help to  “effectively prolong cell life and keep it healthy for a very long time. Shilajit also contains Dibenzo Alpha Pyrones, Humins, Humic Acids, trace minerals, vitamins A, B, C and P (citrines), phospholipids and polyphenol complexes, terpentoids. The microelements like cobalt, nickel, copper, zinc, manganese, chrome, iron, magnesium are also present in Shilajit.

If you have active heart disease you should not take Shilajit

The dosage of Shilajit depends upon the individual, aliment and the reason for taking. Traditionally Shilajit can be taken in warm milk, with ghee or with honey; all these help in to increase the absorption of Shilajit. The Shilajit can also be taken with warm water which is also an effective way of administering it.